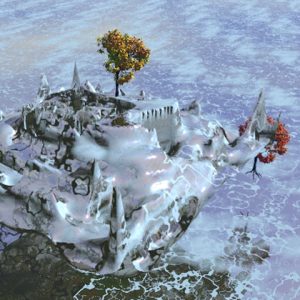 Here students showing full competence in computer application and understanding learn the skills of frame by frame animation. Students create tablet generated frame by frame images composed in Flash. The images are animated with sound and output to DVD and online. Transitions and advanced two dimensional animation techniques are discovered.

Students proficient in 3D design try their skills at animating their 3D creations. We uncover the many attributes of the Carrara character development or Bryce environment generation software. Creatures and environments are animated to create a short 3D animated film.

Exercises start with animating simple shapes and structures and work up to animating characters with character motion-skeletons and animated cameras with lights.

The goal of the activity is to bring their creations to life; both the 2D and 3D realms of animation are explored, and students can output their animated films on DVD media.